Wolves legend Steve Bull has claimed Eddie Howe would ‘love’ to take over the vacant managerial position at Celtic if he was offered the role.

Howe, who is without a club following his departure from AFC Bournemouth last summer, has been heavily linked with the Celtic Park hot seat and has reportedly met with officials from the club to discuss the role.

The 43-year -old enjoyed a meteoric rise through the leagues with Bournemouth before spending five consecutive seasons punching above their weight in the Premier League.

Having parted company after 355 matches in charge at Dean Court, Howe, who was described as ‘meticulous’ by former player Tommy Elphick recently, could be on the lookout for a new venture next season.

This week, Bull told Football FanCast that the Celtic job would certainly appeal to the Englishman:

“He’d love that and would take it all day long. They’re very patriotic up there and I think he could show a good style of play at Celtic.

“Celtic have got something to prove next year and I think he’s probably one of the managers that could go up there and prove it. So, I think he would do well.”

Would Eddie Howe be an impressive appointment? 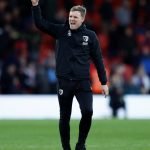 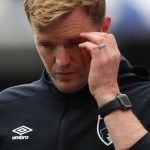 Ultimately, a crestfallen Celtic need to recruit someone to catapult the Hoops immediately back into title contention having fallen drastically short this season.

Whilst Howe’s coaching ability is unquestionable, leading to many tipping the manager for the elite jobs, the manager is yet to compete amongst the upper echelons of a top-flight.

Should he be the chosen one, Celtic could well be landing one of the games most talented coaches, but to immediately overhaul a 20-point deficit could prove difficult.