A lot of Celtic fans have made their thoughts known on Facebook to a transfer rumour speculating a potential summer swoop for Sunderland’s Charlie Wyke.

On the latest edition of the Celtic Huddle podcast, Mark Wilson revealed the Bhoys are one of the clubs keeping tabs on a possible move for the League One striker. 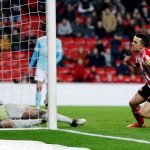 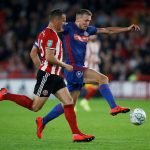 Wyke has excelled for the Black Cats this season with 25 goals in his 42 League One appearances so far (via Transfermarkt).

Speculation also surrounds Celtic’s current striker, Odsonne Edouard, with the Frenchman tipped for a summer exit from the Parkhead side with a Premier League move on the cards.

Only Peterborough’s Jonson Clarke-Harris has scored more goals in the English third tier this season, however, these Celtic fans were far from impressed by the rumour to emerge.

Reported potential departure Edouard has netted 16 goals in the Scottish Premiership this season for the Bhoys which will leave a huge void in the squad if he is to leave this summer.

Despite the rumours tipping their 23-year-old striker for a summer exit, it is clear from these replies that the Celtic fans are hoping Wyke is not the chosen replacement.

In other news: ‘Nooooo’, ‘Really?’ – Lots of Celtic fans fume as news emerges