Wolves legend Steve Bull believes Nuno Espirito Santo’s side don’t prosper when they switch from a back three to a back four.

The Portuguese manager was forced to utilise the system last time out against West Ham after full-back Jonny has suffered a devasting double cruciate ligament injury and centre-back Willy Boly tested positive for Covid-19.

Much of Santo’s success since arriving in 2017 has come whilst playing a back three consisting of Conor Coady, Romain Saiss and Boly, but this season has seen the 47-year-old has looked to implement a change in system.

Bull, a Hall of Famer at the Midlands club, has told Football FanCast why he believes the current crop are better suited to their tried and tested formula:

“We tried to play with a back four halfway through the season and we lost quite a few in games, so that tells me that it just doesn’t seem to work.

“I think everyone at Wolves realises that a back three is the way forward for the club with our wing backs flying forward.”

Since earning promotion back to the Premier League, Coady, the club captain, had been a key figure at the centre of the defensive trio – only missing his first minutes earlier this season.

Beyond the recent loss of Jonny and Boly, Santo also lost Matt Doherty ahead of this campaign, who was a key facet in why the Old Gold wing-backs worked so well since returning to the top flight.

Moreover, Wolves are undoubtedly best suited to a three, but occasionally injuries and opposition may see a four used as a necessity, therefore developing the system will be important if the side is going to continue to progress.

Should Wolves develop a new system? 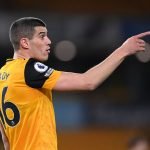 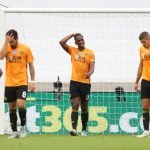