Wolves: Bull says he’d be worth more than Neto | thisisfutbol.com

Wolves legend Steve Bull has claimed he would be worth more than current Molineux favourite Pedro Neto if he was playing in the current era.

This comes as reports claim Neto is being targeted for a £50m swoop from Premier League royalty, such as Manchester United and Liverpool – who have also shown an interest previously.

The Portuguese winger has remained a beacon of consistency in Nuno Espirito Santo’s faltering side this season, earning an average Sofascore rating of an impressive 7.13 across his 30 league outings.

In Raul Jimenez’s absence, the versatile 21-year-old has truly stepped up to the plate, scoring and assisting on 10 occasions combined in the top-flight this term.

However, Bull, the club’s all-time top scorer having bagged 306 goals in 13 years for Wolves, has told Football FanCast he would fetch a king’s ransom in today’s game:

“I’d be worth more than Neto, but I don’t know. People always ask me, how much do you think you’d be on now and what was it like when I played? I was lucky enough to be earning a fair day’s pay.

“I do think players these days are getting really overpaid for what they do but it’s not their fault, it is just the way that football has gone.

“They should grab it while they can because your career is only short.”

Would you sell Pedro Neto for £50m? 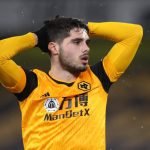 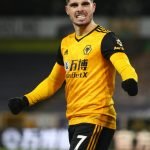 Having sold Diogo Jota to Liverpool last summer for £41m (BBC), there is a precedent set for allowing the best assets to leave.

However, if the club are going to progress and perhaps fight for European spots on a regular basis, keeping players such as Neto, who was lauded as a potential ‘superstar’ by Jamie Carragher, will be imperative.