The Old Gold outfit were reportedly on the verge of signing Maitland-Niles for £20 million last summer, before the player opted to stay in north London to fight for his place in Mikel Arteta’s side.

Having struggled to hold down a regular place at the Emirates Stadium, the versatile 23-year-old joined West Brom on loan in February in order to find more first-team football.

Since making the switch to the Midlands club, Maitland-Niles has played every minute in the Premier League – including a leading role in the astonishing 5-2 victory over Chelsea last weekend.

Following reports claiming Wolves will reignite their interest this summer, Bull, a Hall of Famer at Molineux, told Transfer Tavern that he doesn’t expect Nuno Espirito Santo to prioritise the England man:

“Last summer I think Wolves fancied him and thought he could do a job, but they went for Marcal over Maitland-Niles in the end and I think he’ll slot straight back in when he’s fit.

“So, Maitland-Niles is not for me, I think he’ll go back to Arsenal and try to get in their side.”

Experienced full-back Marcal arrived for £1.8m (Transfermarkt) to act as cover for both Jonny and youngster Ki-Jana Hoever.

Ultimately the 32-year-old has been unable to feature as he would’ve wished owing to persistent injury setbacks and Santo could look to head into the market once again this summer to bolster the position. 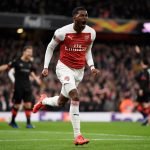 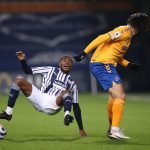 Maitland-Niles offers unmatched versatility to a squad with his ability to play in an abundance of positions, and would be of huge benefit to Wolves should they revive their interest.