Wolves journalist Nathan Judah has expressed his concerns over the potential playing time that Raul Jimenez could be set to receive in the coming months.

The Mexican forward, valued at £31.5m on Transfermarkt, has been out of action since November after suffering a gruesome head injury in their win over Arsenal. And despite the severity of the injury, Wolves boss Nuno Espirito Santo still has confidence that he will be able to return at some point this season.

But speaking on the E&S Wolves Podcast, Judah spoke about how the club might like to use him between now and the end of  the season, whilst also trying to make sure they don’t overdo him by letting him play for his national side over the summer:

“Whether that stance has changed somewhat with the Olympics coming up – I think that’s the last thing they want him to do, is to go across with Mexico and play, which you can completely understand. If he plays two games by the end of the season, then he’ll be chomping at the bit to get some more football over the summer; Wolves will not want him to do that.” 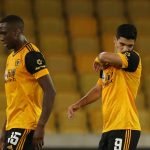 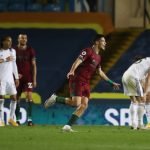 Judah is right to raise an issue like this, because the club will be well within their rights to do what is best for their player and keep as much of his recovery in-house where their own medical staff can look after him. Indeed, Judah later clarified (25:53) that it will be Wolves’ decision over whether or not Jimenez will be allowed to play for Mexico over the summer which is the right decision.

Given that the majority of his playing time is spent with Wolves, he’s mainly their asset and should be taking all the right steps to protect him, and if they want to manage his recovery properly, they can’t allow it to fall into someone else’s hands who might have different views when it comes to how much he can play and potentially ruining his recovery.