The left-back position at Molineux is somewhat up in the air at the moment, with Jonny Otto being ruled out for a while with an ACL and MCL injury, whilst Rayan Aït-Nouri is only with the club on loan. Up in the air can also be used to describe Van Aanholt’s situation, as the 30-year-old, valued at £7.2m on Transfermarkt, is heading into the last few months of his contract at Selhurst Park.

And speaking on the E&S Wolves podcast on the subject of players who could potentially take that role for the Old Gold next season, Edwards suggested that Wolves, for a number of reasons, should be looking at bringing in the Dutchman:

“He might have something lined up, there’s probably a reason why he’s stalled on a new deal at Palace but somebody of that ilk.

“He’s played in a four, he’s played in a five, he’s a natural left-footer, can get forward, can take a set-piece. I would take him at Wolves, especially in the current climate if you could get him on a free transfer. I know he’s 30, but he could do a job for a couple of years at least.” 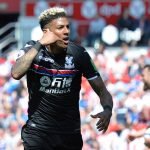 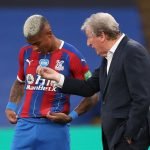 Given that the position is in a state of flux right now, as it has been all season given the way the position has essentially been shared by numerous players, what Wolves need is a solid, first-choice left-back that can hold down the position for large parts of the season.

And bringing in someone like Van Aanholt, with Premier League experience as well as plenty of tools under his belt as Edwards describes and as someone who could be brought to the side for nothing – especially important given that Wolves aren’t in the best situation financially right now – would be a very low-risk signing for them to make.

In other news: ‘He’ll get there’ – Tim Spiers excited about Wolves teen with ‘big potential’