Wolves: Joe Edwards gives his views on Willian Jose’s future at the club

Wolves journalist Joe Edwards is still in two minds about whether or not Willian Jose has convinced the club to make his deal permanent over the summer.

The Brazilian forward, valued at £18m on Transfermarkt, finally scored his first goal for the club in his 13th game, scoring the winner in their 1-0 win over Sheffield United on Saturday night, finally fulfilling his job of trying to replace Raul Jimenez following his injury back in November.

However, one swallow doesn’t make a summer, at least in the eyes of Edwards who, speaking on the E & S Wolves Podcast (27:16), felt that just because he has got one goal for the club, that doesn’t mean the club should be rushing to make his loan deal permanent and that there’s still work to be done on that front:

“You’ve got Willian Jose, who is finally off the mark. That doesn’t mean I’m convinced that he’s the best long-term option for Wolves now, but equally, we’ve seen strange things happen in football, and he could go on a purple patch in these last six games, score five goals in the last six and all of a sudden he ends the season as your top goalscorer. And then and then you’ve kind of got a little bit of a decision to make and it may be a permanent deal looks a bit more appealing.” 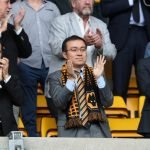 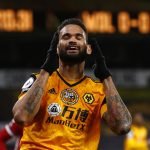 Edwards is right to exercise some level of caution when it comes to Jose, because you don’t want Wolves to fall into a trap of being victims of the moment. That’s why they need to give him as long as possible before making a judgment on him, especially if they have to pay as much as £17.7m in order to get the deal done.

That’s an awful lot of money to spend, especially given the financial situation that the club are in, on someone who could end up being a flop in the end. So we just wait to see if that goal was the exception to his form or if it’s the one to spark that purple patch that could earn him a long-term deal at the club.