Wolves journalist Joe Edwards thinks that Willian Jose hasn’t done enough to justify the club keeping him on next season based on what he has shown so far.

The 29-year-old forward was brought to the club back in January to try and make up the shortage of goals that the club had lost due to the injury suffered by Raul Jimenez back in October. He has since gone on to make ten appearances for the club but has failed to find the back of the net in any of them.

And speaking on the E & S Wolves podcast (15:35), Edwards thinks that he needs to show just a little bit more between now and the end of the season for Wolves to consider keeping him on for another season, which they do have the option to do:

“You just want to see a little bit more of him, just to kind of justify the decision really. I think we’ve seen he could turn it around. But I think at this stage, you know, you’ve seen 10 appearances now from Jose and it’s not looking good for him.” 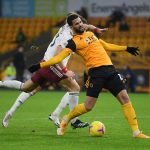 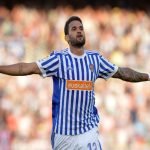 Jose, who is valued at £18 million (as per Transfermarkt), doesn’t really have a lot of wiggle room when it comes to his use to the side. If we are to assume that Jimenez will return to being the first-choice next season, then it’s really between him and £35.6m signing Fabio Silva to fight for the next spot between now and the end of the campaign.

And given that investment, the club isn’t going to be getting rid of Silva any time soon, so it will be easy for them to get rid of Jose and bring someone else in, so if he wants to stay at the club into next season, he’s got to really show something in the few games they have left.