Former Premier League midfielder Keith Gillespie has claimed Adam Armstrong would be a success were he to sign for West Ham United this summer.

The 24-year-old has been prolific for Blackburn Rovers this season in the Championship grabbing 19 league goals, leading to speculation his future may lie elsewhere.

As well as being linked with the Hammers, Armstrong has also been touted with a return to Newcastle United, where he came through the youth ranks.

However, Gillespie, who played 142 times for the St James’ Park club, has explained to Football FanCast why the striker would be a good fit in David Moyes’ side:

“No doubt. I think in terms of West Ham, if Antonio is not fit, who is a ready-made striker to lead the line? They got rid of Haller, and are going to want to strengthen there. Antonio has had injury problems at times over the last few seasons where he doesn’t play every week.

“I think he’s a great asset to them, but Armstrong has that pace as well where he can run in behind and he can finish. You could see him coming into that West Ham side. And the way they play with somebody in behind Antonio, can Armstrong play up alongside the likes of Antonio?” 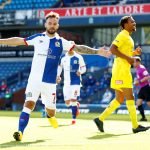 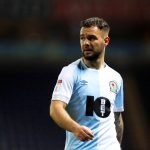 Armstrong has well and truly risen to prominence across the last two seasons, having scored 35 league goals in 79 matches.

There’s no way West Ham can go another transfer window without replacing Sebastien Haller having failed to do so in January.

Irons manager Moyes has openly admitted he has a penchant for signing hungry players with something to prove in the Premier League, a category the Rovers ace falls directly into.