Moyes has transformed the club’s fortunes this season having narrowly avoided relegation last year, and the Scotsman has taken his side to within eight matches of European qualification after moving into the Premier League top four.

Having failed to replace Sebastien Haller in the January transfer window following the Ivorian’s departure to Ajax for £22.5m (BBC), Moyes was left relying upon the prolonged and unlikely fitness of Michail Antonio.

Lee, who represented the Irons during the 2003/04 campaign, told Transfer Tavern that Moyes will need to spend £100m to remain in the upper echelons next term:

“Well, I think if you look at the team they’ve got a good side, but as I said before if you get a few injuries then it’s different.

“You’re looking at spending £100 million because the average player costs £20-30 million and they’ll be average, so they might not get into the team.

“Hopefully Gold and Sullivan are now in a place where they trust David Moyes’ judgement on players to sign.”

Do West Ham need to invest £100m this summer? 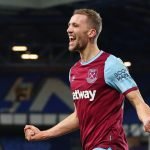 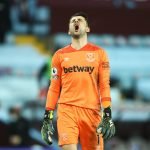 Moyes has already proven himself to be a shrewd operator in the transfer market during his second spell in charge at the London Stadium.

Signing impressive Czech duo Tomas Soucek and Vladimir Coufal for a combined £20.19m (Transfermarkt) has proven to be a masterstroke.

Whilst the arrival of an out-of-favour Jesse Lingard on a deadline day loan deal could go down as the signing of the season across the entire Premier League.

Seldom have West Ham entered the market in such a position of strength, and the hierarchy would be wise to capitalise on the progress made.