In an exclusive interview with This Is Futbol, Marlon Harewood, who scored 54 goals for West Ham, has backed Lukasz Fabianski to maintain the number one shirt for many more years at the London Stadium.

West Ham are reportedly interested in QPR’s Seny Dieng who has been in fine form this season, keeping 10 clean sheets and making 111 saves in what has been an indifferent season for the Rs. 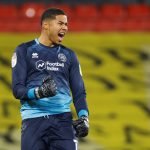 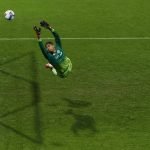 Fabianksi has been a mainstay under two different managers since he was signed from Swansea City in 2018 for just £7 million having made 94 appearances for the Hammers, but he does turn 36-years-old later this month.

Speaking on why Fabianski will still be Moyes’ number one going forward and how West Ham need top players in each position to keep moving forward, Harewood told This Is Futbol:

“Fabianski has been absolutely fantastic but hopefully Moyes will be telling the board that they need these type of players at the club if we want to move forward.

“Hopefully Fabianski will take those rumours on and say, ‘obviously you’re a top-class keeper, but this is my spot’. It would be good to have that calibre of goalkeeper as cover really but I definitely see Fabianski as the number one.”

Seny Dieng has been with QPR since 2016 but this has been his first season as the club’s number one after several loan spells across both England and Scotland.

West Ham will be hopeful of attracting top-class players in the summer if they are able to finish in the top four and qualify for the Champions League.