Sky Sports journalist Ben Ransom has been sharing his thoughts on the possibility of former Juventus manager Massimiliano Allegri replacing Jose Mourinho as the new permanent manager of Tottenham Hotspur.

This comes after Ransom made an appearance on a recent episode of The Sky Sports Football Podcast where he spoke about a variety of talking points across the Premier League at the moment.

On the subject of who could potentially be Spurs’ next permanent manager, Ransom had this to say about Allegri in particular.

He said: “He is perfect for Tottenham.

“He’s been out of work for a couple of years, was brilliant with Juventus. He left after winning their fifth Serie A in a row, he plays the right sort of football, he is looking to get back into football now, the suggestion is.

“I know for a fact I went to speak to some of our colleagues at Sky Italy must be 18 months ago now and they were talking about [him] then as being someone who wants to get into the Premier League.

“He’s been learning English for a long time. He, to me, is the absolute perfect fit.”

During his time at Juventus, Allegri took charge of 271 matches with the Italian side, winning a total of 191, drawing 41 and losing 39 in the process (per Transfermarkt).

Looking at Allegri’s fantastic record at Juventus and the titles he won with them, it’s understandable why Ransom thinks he would be a suitable fit at Tottenham if they were able to get him at the club, as they haven’t won a trophy since their League Cup win back in the 2007/08 season. 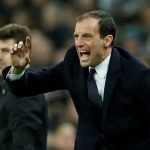 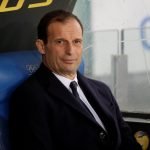 In our view, despite Allegri’s record at Juventus, we feel that his lack of experience of managing in the Premier League or any other league outside of Italy, as well as the fact that he has been without a club since 2019, would make him a bit of a risk to take the reins at Tottenham.

That said, perhaps now is the time for risks having failed through the tried-and-tested method with Mourinho.