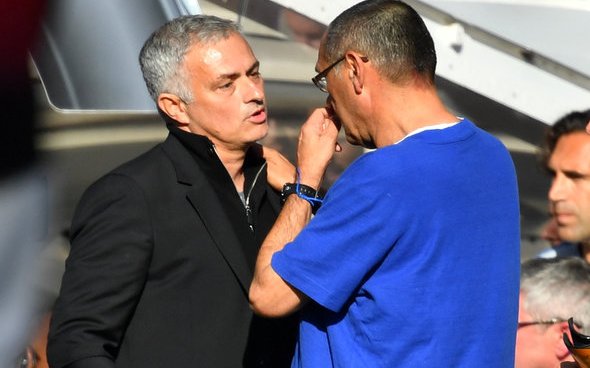 Lots of Tottenham Hotspur fans have voiced their thoughts on Twitter with a report issuing the latest on Daniel Levy’s position with Maurizio Sarri.

The former Chelsea manager was linked with the Tottenham job earlier this week should Jose Mourinho face the sack, per Rai Sports (via Sport Witness), though these claims were refuted by Spurs journalist Alasdair Gold.

However, the latest report coming from Gazzetta dello Sport has suggested a meeting between the two camps could take place as early as next week. 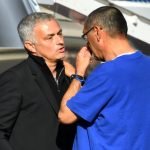 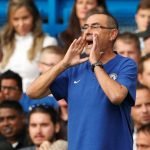 There has been a lot of speculation surrounding Mourinho’s future at Spurs after a string of disappointing results has left the Lilywhites six points off fourth-placed West Ham.

The tweet relaying the report from the Italian outlet was met by a flock of Spurs fans who wanted to voice their anger at the claims.

“We need to stop going after Chelsea ex-managers”

“surely Sarri would be an even bigger disaster than Jose..”
@96thMouraaaa
“Please don’t be true”
@alexthfc_
“I’m living in a nightmare”
@WidmanFredrik
“Why do Spurs love Chelsea’s leftovers so much? Feel like this would be a recipe for disaster regardless.”
@JoeWritesftbl
“You better be joking who wants a manager puffing 80 Marlboro on the sidelines during training.”
@cook_gav
“This just gets more depressing”
@SonEmperor

The 62-year-old was only with Juventus for one season after the Serie A giants sacked the Italian manager following their failure in the Champions League after being knocked out by Ligue 1 side Lyon in the last 16.

Going by the reaction of these Spurs fans, it is apparent that despite the speculation surrounding Mourinho they clearly do not want to see Sarri on the sideline should the Portuguese manager face the sack.