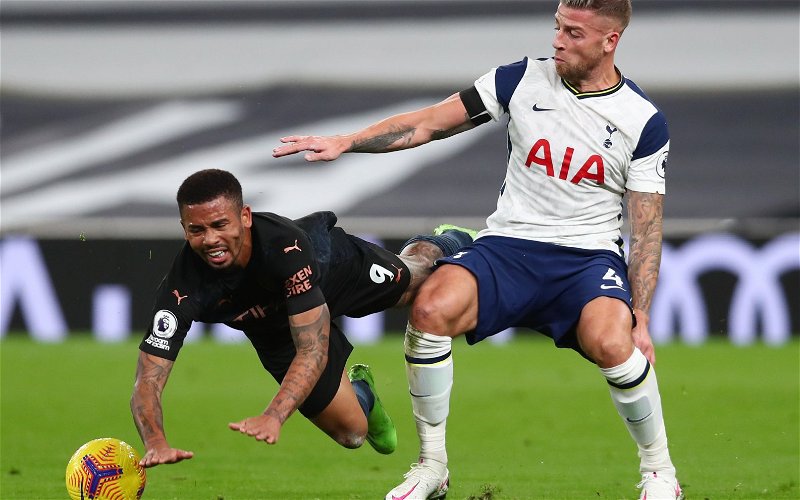 A lot of Tottenham Hotspur fans have flocked to a post from The Spurs Express, which has relayed news from the Evening Standard regarding Toby Alderweireld.

They claim that Jose Mourinho’s reason for not using the Belgian has caused confusion at the club after he claimed that Alderweireld had arrived late from international duty.

Still, sources at Hostpur Way claim that Alderweireld had arrived back in London on Wednesday and not Saturday as Mourinho claimed.

This has drawn the attention of these Spurs fans who are fuming.

“Another player being frozen out”

Do you think Alderweireld is being frozen out?

No, I believe Jose

This seems very odd, and if Alderweireld arrived back from international duty early, you would think that would have been plenty of time to prepare and be ready to face Newcastle United.

This post continued to draw in angry Spurs fans.

“What a mess this club is in…”

“Trying to save his face from the decision to play Sanchez. He is gone”

Judging by how Tottenham played against the Toon, they probably could have done with Alderweireld as they allowed Newcastle to record an xG of 4.07 and allowed them to have 17 shots from inside the box, the most they have ever managed under Steve Bruce.

Clearly, these Spurs fans are not happy with Mourinho’s latest action, and we will be interested to see if anything comes from it.

In other news: ‘The end is near’, ‘That’s it’ – Lots of Spurs fans flock to Alasdair Gold’s reveal