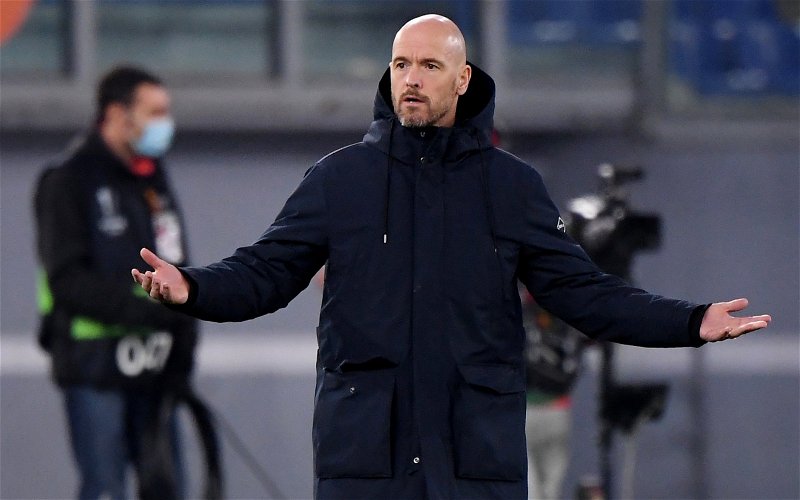 A lot of Tottenham Hotspur fans have flocked to a post from The Spurs Express, which has relayed news from Matt Law on Erik ten Hag.

He claims that the Ajax boss is one of the candidates being considered for the Spurs job this summer.

Ten Hag has won 119 of his 163 games as Ajax manager and led his side to the semi-finals of the UEFA Champions League in the 2018/19 season, and this news has excited these Spurs fans.

“Yes please and Rangnick as DOF”

Do you think Ten Hag would be a good manager for Spurs?

Ten Hag is highly regarded as a manager and the Ajax side that he put together in the 2018/19 season played some brilliant football, so you can see why these Tottenham fans would be keen on their club signing him.

“my manager, he’d transform us”

“Rodgers or Ten Haag would be exciting”

It will be interesting to see who Tottenham do appoint as their permanent manager, but it is clear that Ten Hag would be a popular choice with these Spurs fans.