Tottenham Hotspur fans on Twitter have been responding to the latest piece of transfer news surrounding the north London club.

The report claims that former Everton and Manchester United midfielder Marouane Fellaini is set to end his contract with Chinese Super League club Shandong Taishan early due to interest from his former manager Jose Mourinho.

This post then gathered a lot of replies from Tottenham fans who were quick to share their thoughts on this latest update.

So, what did these Spurs fans have to say in response to this transfer news linking the club with Fellaini?

“I’d take him in a heartbeat”

“Not the worst idea tbf”

Looking at the replies to this post, it seems that this group of Spurs fans would be delighted if Fellaini were to join their squad this summer.

Would you like to see Fellaini join Spurs this summer? 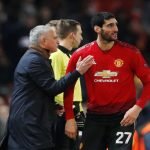 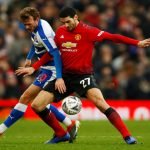 Given how the 33-year-old, who is currently valued at £4.5 million, has made a total of 260 appearances in the Premier League, scoring 37 goals and providing 25 assists in the process, as well as making 89 appearances across all competitions under Mourinho, it’s easy to see why the Spurs boss would be interested in reuniting with the Belgian.

Also, given his age and current market value, it would feel to us that a move for Fellaini this summer would be a relatively low-risk transfer if it were to happen.

In other news: ‘Cheap alternative for Sabitzer’ – Many Spurs fans react after hearing ‘beast’ could join