Lots of Tottenham Hotspur supporters have been talking about the club’s links with a move for Orkun Kokcu.

The Daily Mail have recently reported about Spurs’ links with Kokcu, saying that the Lilywhites are ready to offer competition to Arsenal in their race for the Feyenoord midfielder. While the midfielder has attracted attention from other clubs across Europe too, Spurs have identified the midfielder as someone who can improve them next season. 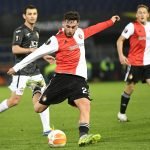 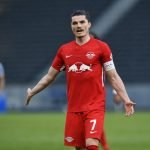 They have even contacted the 20-year-old’s agents to register their interest in the player. This update was relayed on Twitter by The Spurs Express. Many Tottenham fans made their views clear about the youngster.

What do Spurs fans make of the links with Kokcu?

“Is that a cheap alternative for sabitzer.”

The 20-year-old was named in the Eredivisie team of the month for February and March. He was also handed the accolade for the young player of the month in March. The midfielder is likely to qualify under the news work permit laws for the UK, as he is a regular for Feyenoord and an international player already.

In the current season, the 20-year-old has made 17 Eredivisie appearances, scoring twice and assisting twice for the club.

“A bit too slow for Premier League I think, but he has a good vision, but he doesn’t know how to score.“

Kokcu is capable of playing in central midfield and he can play slightly further forward as well. So he can add versatility to the club’s midfield and since he has played the second-highest number of key passes per game for Feyenoord, he would add more creativity to the Spurs side too.

Spurs rely on creating chances through midfield and Kokcu’s ability to play key passes from the heart of the park will help them in this approach.

In other news: ‘This is more like the news I want to hear’ – Many Spurs fans buzz over ‘perfect’ development