Many Tottenham Hotspur fans have been discussing a news update involving Jerome Boateng that recently emerged on social media.

Sky Sports Germany have recently stated that Spurs are interested in signing Boateng and ‘concrete talks’ have already been held between the player’s representatives and the Lilywhites.

It has been confirmed that Boateng will not be handed a new deal at Bayern Munich, with his current deal at the club set to run out in the summer transfer window.

Should Spurs move for Boateng? 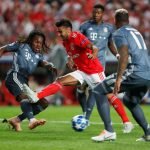 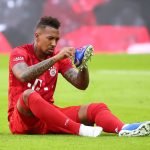 This claim follows previous suggestions which emerged last week that alongside La Liga giants Barcelona, Spurs had registered an interest in the World Cup winner.

The news about Boateng was relayed on Twitter by The Spurs Express. Many Tottenham fans made their views clear about the defender.

What did Spurs fans make of the news about Boateng?

“This would be a terrible signing but that’s nothing new with Levy.”

“I’d rather Ledley come out of retirement!“

“What can Boateng do that Toby can’t please? Why let Jan leave just to sign this guy?“

Boateng, currently 32, has made 32 appearances in all competitions this season. He’s played 23 Bundesliga games, scoring once for the Bavarians. He recently played for Hansi Flick’s side in the recent Champions League game against Paris Saint-Germain (as per Transfermarkt).

Boateng has also been linked with a move to Barcelona as well, with the Catalans having reportedly denied their interest in him.

“We’re going from bad to worse”

“This club is finished.”

These Spurs fans are fuming about the idea of seeing Boateng at Tottenham, which follows the anger that ensued after similar claims had emerged in recent days while the interest was perhaps less intense.

Boateng has the experience of winning multiple trophies during his time at Bayern and even won the FA Cup with Manchester City in the past.

Having said that, 14 Bayern players have picked up better ratings than him this season (as per WhoScored), which might not be a good sign for Tottenham. His injury record isn’t promising either. Because of that, perhaps Spurs should stay away from signing Boateng.

In other news: ‘The worst player in our history’, ‘Blows my mind’ – Many THFC fans slam £11.7m-rated ‘disgrace’