The journalist revealed that sources close to Nagelsmann have told Rhind-Tutt that the Leipzig boss previously had an active interest in Spurs as a fan and that he and the north London club would apparently be a perfect match.

This post then gathered a number of replies from Tottenham supporters who were quick to share their thoughts on this update.

So, what did these Spurs fans have to say in response to this latest news about Nagelsmann?

“Need to act quickly on this one”

“It’s written in the stars”

“Do something right for once and get it done @SpursOfficial“

Looking at the replies to this post from this group of Spurs fans, it’s clear to see that they would be delighted if Nagelsmann were to be the man to replace Jose Mourinho as the club’s next permanent manager.

Would Nagelsmann be your number one choice to replace Mourinho? 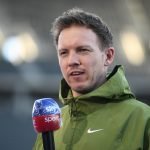 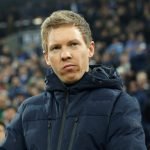 Given how Nagelsmann has managed to win 52 out of the 89 games he’s had in charge of Leipzig and led them to second place in the German Bundesliga table this season, he has shown that he is capable of managing one of Europe’s top teams, which makes it understandable why these Spurs fans would be excited at the prospect of seeing him take charge at the Tottenham Hotspur Stadium.

In other news: ‘Disgusting’, ‘Expose the players’ – Many Spurs fans rage over ’embarrassing’ news