Southampton striker Danny Ings has been linked with a move to Manchester City in recent months, and former Premier League midfielder Keith Gillespie has admitted his shock.

The 28-year-old Saints man has recaptured his best form on the South Coast after an injury-ravaged spell with Liverpool – scoring 42 times in just 92 appearances in all competitions.

Having been previously linked with the England man, speculation looks set to intensify following the confirmation of Sergio Aguero’s departure at the end of the season.

However, Gillespie – who played 238 Premier League matches across spells with Sheffield United, Newcastle, Blackburn and Manchester United – told Transfer Tavern he can’t understand why Pep Guardiola would look to Ings as a successor:

“I really like Danny Ings as a player, but you look at the injury record that he’s had over the years, at Liverpool and Southampton, plenty of injuries.

“Is he on the same level as Aguero? I don’t think so. But Aguero’s exceptional. Danny Ings is a really good Premier League player.’

“Danny Ings we know has had his injury problems so I would be surprised if that happened. I have heard it mentioned and I’m sure it’s raised a few eyebrows with a lot of people.”

Would Danny Ings be a good fit at Man City? 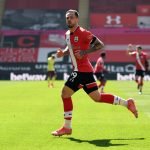 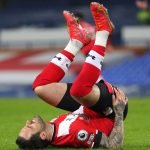 Whilst the Englishman may not hold the gravitas of the biggest names in Europe, ultimately throughout his career, he has dealt in the hardest currency to come by in top-flight football, goals.

Ings recently returned from yet another injury setback to score his ninth Premier League goal of the season – eight more than Aguero’s return this term – and came joint-second in last season’s Premier League scoring charts.

With a new contract on the table, unsurprisingly the Saints and manager Ralph Hasenhuttl will be desperate for the striker to stay at the club beyond this summer.