Newcastle: Howey insists Lingard wouldn’t have made a difference | thisisfutbol.com

Newcastle United favourite Steve Howey has insisted singing Jesse Lingard wouldn’t have altered the course of the Magpies’ campaign, as the attacking midfielder is ‘not that good’.

The 28-year-old was a reported target during the January transfer window for the Toon, before joining West Ham United on deadline day until the end of the season.

Since arriving in east London, Lingard has been a revelation for the Hammers, scoring five times in just seven Premier League appearances, earning a recall into the England squad in the process.

Instead, Steve Bruce signed Joe Willock on loan from Arsenal, scoring once in seven matches since his arrival in the North East.

However, Howey, who represented Newcastle on 150 occasions, has exclusively told Football FanCast that Lingard would’ve struggled to make an impact at St James’ Park:

“Jesse Lingard is not that good, he couldn’t carry a full team and I’m not being disrespectful to him because he is a very good player, but he’s not that good. You can’t carry the number of players that Newcastle are at the moment and I think that’s the real problem as you could maybe get away with one, maximum two in the Premier League.

“There wasn’t one player against Brighton that I could say, ‘well to be fair, he did alright’. You could possibly say Hayden because he shuts down the play and Dummett does what Dummett always does but the others, ‘wow’.”

Newcastle currently lie 17th in the Premier League, hovering precariously above the relegation drop zone with nine games remaining and a potentially crucial trip to Craven Cottage to face Fulham on the final day of the season.

Would Jesse Lingard have been a success with Newcastle? 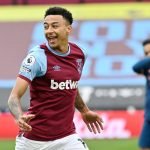 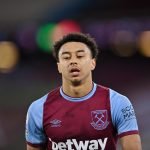 Howey’s comments may seem harsh but ultimately Lingard went into a West Ham side already enjoying an upwards trajectory, whilst the Toon have been battling amongst the lower reaches for the entire season.

Whilst the attacking midfielder would no doubt have added additional impetus to Bruce’s squad, expecting the Manchester United man to single handily transform the fortunes of the side would’ve been a big ask.

In other news: Fans react to latest Steve Bruce news