Blackburn Rovers striker and reported Newcastle United target Adam Armstrong will be eyeing up a move to a Premier League club ahead of next season, according to Rob Lee.

The 24-year-old frontman has been attracting plenty of top-flight interest with his goal-scoring exploits this season, including from former club, Newcastle.

Armstrong has bagged 20 goals in all competitions this season and looks set to be involved in a summer transfer battle as the Magpies look to re-sign the England Under-21 international.

Rovers’ preference may be a sale to Newcastle, owing to a 40% sell-on clause that would be activated were any other club to land the striker.

However, Lee, a stalwart of 267 Premier League appearances for the St. James’ Park club, told Transfer Tavern that the club’s precarious position in the Premier League means they could yet miss out on the striker:

“I know him pretty well and I know he’s very ambitious and that he’ll want to test himself at the top because he’s a confident lad.”

Should Blackburn Cash In On Adam Armstrong? 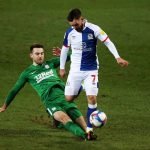 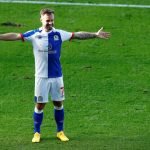 Blackburn’s realistic chances of keeping hold of Armstrong given his 19 league goals this term, faded with the side’s play-off hopes.

With £25m mooted previously, should the unthinkable happen and Newcastle suffer relegation, Armstrong would be viewed as an impressive goalscoring option to fire the club to an immediate return.

Whilst if Steve Bruce were to keep the side up, the West Denton-born forward would remain a viable option to a squad desperately in need of additional firepower.