A lot of Newcastle United fans have taken to Twitter to voice their thoughts on Dwight Gayle’s performance in their 2-1 victory over Burnley on Sunday afternoon.

Newcastle bounced back from a 1-0 half-time deficit thanks to goals from Jacob Murphy and Allan Saint-Maximin which earned the Magpies three valuable points in their fight against relegation.

Fulham’s defeat last Monday to Wolves provided Steve Bruce’s side with a golden opportunity to pull six points clear of the Cottagers, and they still hold a game in hand over Scott Parker’s men.

Does it make sense to hand Gayle a new contract? 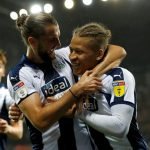 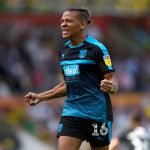 However, these Newcastle fans were not impressed by the performance of Gayle, who was substituted off for Callum Wilson in the 57th minute of the game.

@ebanks_brook9
“Dwight Gayle is a pure coward”
@SGibson97
“Get Dwight Gayle off right now. Offering absolutely nothing”
@thealexsloan
“How Dwight Gayle gets starts in PL games is mind-blowing”
@jackdresser98
“Gayle actually get off this football pitch right now”
@JxshNUFC

The 31-year-old has made 13 appearances for Newcastle in the Premier League this season but has only been able to find the back of the net on one occasion (via Transfermarkt).

Going by the reaction of these Newcastle fans it is clear they will be thrilled to see the return of Wilson to the side with Gayle not leaving a good impression on them in his absence.

In other news: ‘One of the worst players I’ve ever seen’, ‘Shocking’ – These Toon fans slam ‘awful’ NUFC ace