Lots of Newcastle United fans have been talking about Keith Downie’s latest tweet that emerged on social media.

Downie recently tweeted a fitness update involving the Magpies ahead of their upcoming Premier League clash against Tottenham Hotspur.

The journalist stated that Allan Saint-Maximin is back in contention for selection in the game after he came through a big training session on Wednesday. The journalist also stated that it might be too early for Callum Wilson to return and Isaac Hayden has been ruled out for the rest of the campaign.

Is ASM being rushed back from injury? 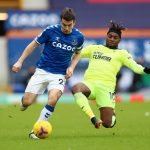 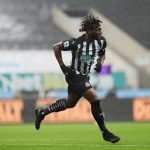 The journalist’s tweet drew the attention of many Newcastle fans, who made their views clear about Saint-Maximin’s situation.

“Brilliant so ASM is getting rushed back, to get injured again and be out for the season. No such thing as a “big training session” at NUFC. Last time Bruce was involved in 1 was when playing for SAF.“

“I’d rather he not play against spurs & save him for Burnley, a more winnable game.”

“After a big training session on Wednesday. You mean one of the three days they trained out of 9 and he’s ready.”

Saint-Maximin has been missing from action for the Magpies over the last few weeks, having sustained a groin injury back in February. Because of the injury, the Frenchman has missed a total of four games (as per Transfermarkt).

His last appearance for the side came in their draw against Wolves and scored in the club’s loss to Manchester United at Old Trafford (as per Transfermarkt).

“Big session so he gets injured again no doubt.”

“A big training session …… he won’t be fit after a muscle injury.“

“Big training session” AKA Turned up, had some scran and then went home. #NUFC“

A lot of these Newcastle fans are mocking Saint-Maximin’s return and some believe that he’s being rushed back from the injury.

Having said that, when the Frenchman initially sustained the injury, it was reported that he would be out until April. So perhaps, it is the appropriate time for him to return to action.

He has been the club’s highest-rated player in the campaign (as per WhoScored), so it might prove to be a boost for Steve Bruce’s men.

In other news: ‘Let’s goooo’, ‘Get him in’ – Many Newcastle fans excited as new candidate emerges