Many Newcastle United fans have been discussing an update about the situation of Joe Willock that emerged on social media.

The Daily Mirror has recently reported about Willock’s situation, saying that Arsenal are preparing to hike the midfielder’s fee as Newcastle are now failing to agree a fee to sign the Englishman permanently in the summer.

Should NUFC pay whatever the fee is for Willock? 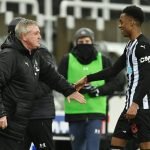 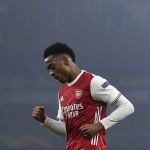 Steve Bruce is reportedly keen to sign the midfielder and the Magpies will look to haggle to keep him at the club for another season. Since Newcastle don’t have the option to buy Willock permanently, Arsenal will hike the fee for a permanent sale.

It has been stated that Willock wants to start regularly at Newcastle and Bruce believes that he is the sort of player that Newcastle can build a team around.

Willock, 21, has scored four times for the Magpies in the Premier League. Those goals have come up against Tottenham, Liverpool, West Ham and Southampton (as per Transfermarkt).

This update was relayed on Twitter by NUFC360. Many Newcastle fans made their views clear about the midfielder.

“By the sounds of it he clearly wants to stay, we should do everything we can to get him.”

“They could probably do with him next season, or sell him for a hefty price. I don’t see him coming, shame.“

“Just pay it. He’s young and English, if it doesn’t work out he’ll keep his transfer value.”

“I dont think he’ll want to stay to be fair.“

“Hes better than what they have currently.”

“Of course it doesn’t. Classic Newcastle.“

During his time at St. James’ Park, Willock has picked up a rating of 6.87/10 for the club. Only two Newcastle players have picked up better ratings than the Englishman (as per WhoScored).

While it shows that Willock has made a case of him being signed permanently, a lot of it depends on Arsenal’s asking price and because of that, it might be early to know if Newcastle are able, or indeed willing, to sign him or not.