In an exclusive interview with This Is Futbol, Steve Howey, who made 270 appearances during his career, has backed Emil Krafth to come good next season for Newcastle United.

Krafth has had a tough time since arriving in the Premier League having been deployed a right-back, right wing-back, centre back and left-back, with all four positions bringing about relatively low levels of success. 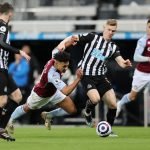 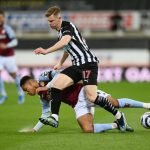 The 26-year old arrived as a relatively low key signing in 2019 when he signed from Amiens in Ligue 1 for just £5m, but some pundits and fans still don’t think he’s been good value for money.

Speaking on how Krafth has struggled in numerous games at Newcastle and why next season may be his best yet, Howey told This Is Futbol:

“I think the lad has struggled a bit, but he’s not the only one. He has been criticised very heavily, I think from Ian Wright, who said he was well out of his depth.

“There have been times when he’s had an afternoon of turmoil but listen, he could be a player that comes back in next season and gets better.”

Bruce opted for three at the back against Tottenham Hotspur two weeks ago, with Krafth playing as one of the centre backs, which saw him hand Harry Kane an equalising goal.

Meanwhile, The Magpies are likely to be without their captain Jamaal Lascelles for the rest of the season after he picked up an injury during that draw against Spurs.