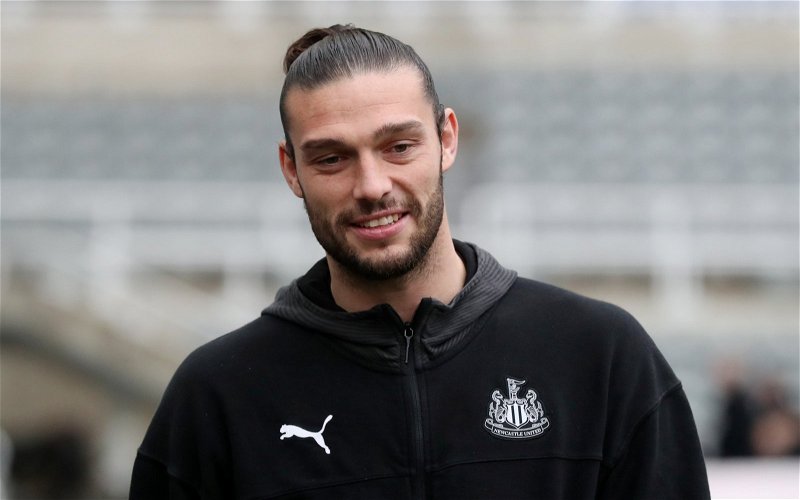 In an exclusive interview with This Is Futbol, Steve Howey, who made 150 appearances for Newcastle United, believes Andy Carroll must be unleashed by Steve Bruce today as he causes problems for defenders when he doesn’t even have the ball.

Andy Carroll broke into the first team during the 2009/10 season when the Magpies were in the Championship and he netted 17 times. He only spent half a season on Tyneside in the Premier League before Liverpool bought him on deadline day for £36 million in 2011.

The former England international has never found the same form which earned him that move to Anfield with a stint at West Ham following before he re-joined the Magpies last season on a free transfer.

Speaking on what Carroll could bring to the side and why he always wanted Carroll to come back to Newcastle, Howey told This Is Futbol:

“Even before Newcastle got him back and before all the speculation I was saying to sign him because he’s a handful and defenders do not like playing against him at all.

Since Callum Wilson picked up an injury against Southampton, Carroll has not been handed a start as well as only getting three substitute appearances totalling just 14 minutes of football.

Jamaal Lascelles has been the one to step up in Wilson’s absence, he’s the top scorer during that time with two goals.