Harris was recently a guest on the latest episode of the OTB Football podcast and he was asked about numerous issues involving Manchester United following their 2-0 win over Granada in the first leg of their quarter-final tie in the Europa League.

United grabbed two away goals in Spain, as Rashford scored while Bruno Fernandes slotted away a penalty late in the game. Harris addressed Rashford’s fitness, saying that the Englishman could be carrying injuries – but a lot of players play when they aren’t fully fit.

Should Man Utd risk Rashford for the second leg against Granada? 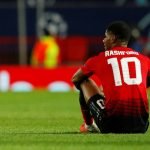 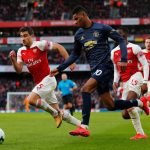 While Rashford was forced off the field against Brighton, Ole Gunnar Solskjaer had stated that the Red Devils had a decision to make about whether he would start against Granada or not.

Harris said that while Rashford might not be fully fit, a lot of it depends on United’s own performances and how they perform in games.

The journalist said: “I don’t know if he’s shattered, I think it’s more he’s carrying injuries. Lots of players will tell you that you’re never fully fit, but he looks closer to not fully fit than you’d like and I think maybe had the results not gone for United at the weekend in the way it did, perhaps he wouldn’t have played.”

Rashford, currently 23, has certainly picked up numerous minor injuries in the current campaign and he even missed a couple of games because of a foot injury last month (as per Transfermarkt).

These minor injuries should be a concern for United, considering how many goals he has contributed to in the current campaign in all competitions.

Keeping in mind that he has featured in every Premier League game this season, United should look to use him in the right manner and ensure the fact that they don’t overuse him. It could hamper the 23-year-old’s long-term development.