Peterborough United’s Director of Football Barry Fry has recently talked about Nicky Butt and he believes that the Englishman has saved Manchester United a lot of money.

Fry was recently interviewed by Football FanCast and he was asked about Butt’s recent departure from Manchester United. Fry went on to hail Butt’s work at Old Trafford, saying that he has saved United hundreds of million pounds during his time at the club.

Butt held a role as head of first-team development at Man Utd, but he left the club last week. He had worked at the club for around nine years, helping the likes of Marcus Rashford, Scott McTominay and Mason Greenwood develop (as per Sky Sports). 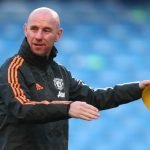 It was later reported that Butt’s exit came because of disagreements with newly-appointed director of football John Murtough. While both of them had differing football views, Wayne Rooney is said to be interested in having him at Derby County.

While the Englishman has departed, Fry has praised Butt for helping United develop players and in the process, help the club save a lot of money that they could’ve spent on signing players from elsewhere.

Fry said: “When you look at the young players that have come through at Man United, wow, he’s done a hell of a job and he’s saved the club hundreds and hundreds of millions in my opinion.

This suggests that perhaps, Butt was a connecting point of the first team and junior sides. Considering how Ole Gunnar Solskjaer has been credited with rejuvenating United’s academy, Butt had a role to play in that.