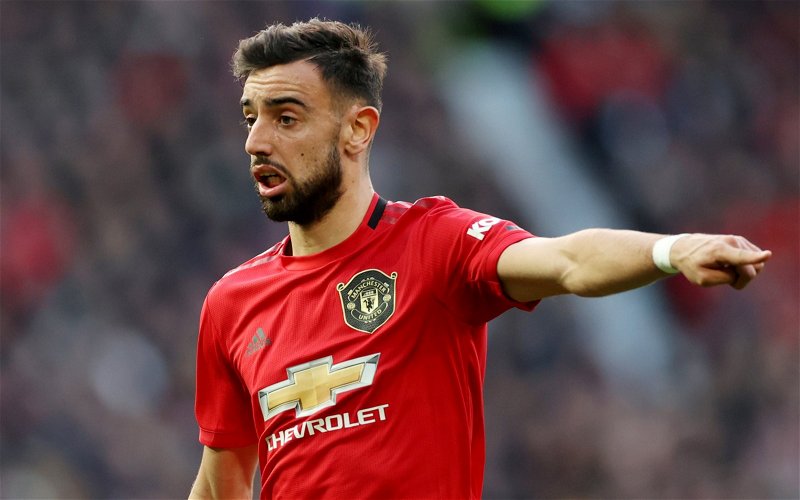 Duncan Castles has been speaking on the latest episode of the Transfer Window podcast, where he claimed Bruno Fernandes ‘wants to wait’ and see how Manchester United strengthen their squad over the summer before deciding whether to sign a new contract.

The 26-year-old attacking midfielder has been a revelation since signing for the Red Devils back in January 2020, scoring 36 goals and providing 22 assists in just 73 appearances for the Premier League giants.

However, Ole Gunnar Solskjaer’s side are currently enduring the club’s longest trophy drought in over 30 years, and the Portugal international is reportedly unwilling to commit his future to the Old Trafford outfit unless he can see signs of that run coming to an end.

According to Castles, Fernandes wants to see some top-class additions join him in Manchester over the next transfer window before putting pen to paper on an extended deal.

“You can see from the way that Fernandes plays, you see from the way he talks, that winning is of fundamental importance to him. He gets deeply frustrated when things go wrong on the field.

“He’s on record recently as talking about what is now Manchester United’s longest run without a trophy for over three decades as saying, ‘We can’t think of anything else at this club apart from winning, United is made for trophies.’”

Fernandes’ current contract doesn’t expire until the summer of 2025, but such has his impact been on the club that the Old Trafford hierarchy are reportedly keen for him to agree to a new deal with improved terms.

Nevertheless, reports suggest the former Sporting Lisbon man is unwilling to do so until Paul Pogba commits his future to the 20-time English champions, leaving United in a tricky situation.

Solskjaer’s side host Roma in the first leg of their Europa League semi-final on Thursday night, and if United can secure some silverware via Europe’s secondary competition, it may just show Fernandes that the club are on the right track to win football’s biggest prizes.

In other news: ‘From my time playing with him’ – Ex-teammate speaks out on Maguire after alleged MUFC incident