Football writer Lars Sivertsen has been speaking on the latest edition of The Guardian Football Weekly about various topics from the world of football.

The main topic of the podcast was Sergio Aguero’s departure from Manchester City, and one of the issues that Sivertsen talked about was who could replace the incredible Argentinian.

The club announced earlier this week that Aguero would leave the Etihad when his contract expires at the end of the season, and City have been heavily linked with Erling Haaland as his replacement, and Sivertsen provided his view on the potential deal.

He said: “I guess the link is there because of his father and also if Dortmund miss out on the Champions League, and he [wanted] to move this summer, the list of clubs that can splash out that kind of money on him is pretty short, and City would be on it.

“So I guess that’s why that link keeps happening. I agree, I think it’s very odd.”

Do you think signing Haaland would be odd?

No, he would be amazing 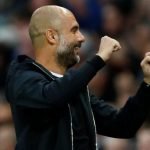 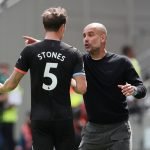 TIF Thoughts on Haaland to City…

The 20-year-old’s father, Alf-Inge Haaland, made 41 appearances for Manchester City as a player, so there is a natural link to the club.

Haaland’s goalscoring record for Borussia Dortmund is also incredible as he has scored 49 goals in 49 appearances for the Bundesliga side.

The 20-year-old also has a release clause but that doesn’t activate until 2022; however, there are still many reasons why we think that City could look to sign Haaland, and we don’t see why it would be odd.

Without Aguero, Pep Guardiola’s side will only have Gabriel Jesus as a natural striker, and a move for Haaland would provide City with a lethal forward and would probably allow the 20-year-old to win some trophies, given City’s recent record.

So, we think that if Haaland did join City this summer, it would be a win-win scenario.