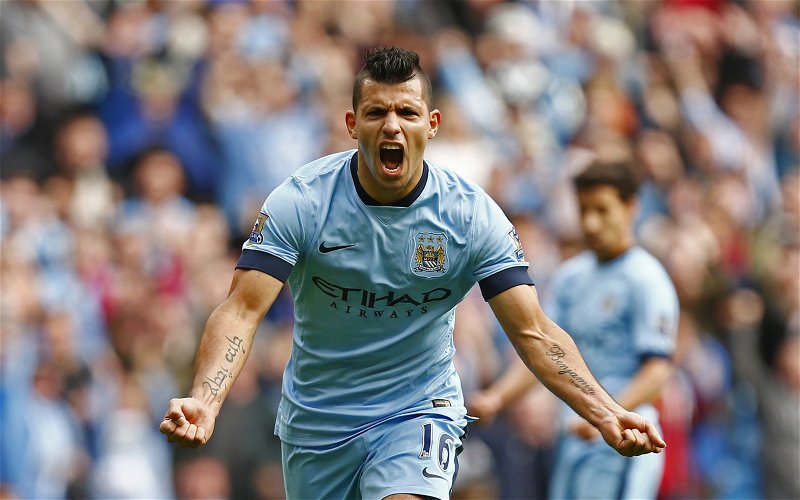 Premier League veteran Keith Gillespie has hailed departing Manchester City striker Sergio Aguero as one of the greatest strikers to ever grace the Premier League.

Having served the Citizens for a decade, the club recently confirmed that the City stalwart would be departing the club at the end of the season when his contract expires.

In a testament to the impact he has had on the blue half of Manchester, the club also confirmed a statue of Aguero will be erected outside the Etihad Stadium in his honour.

Speaking to Football FanCast, the Northern Irishman issued a glowing endorsement of the striker’s talents when asked if Aguero is among the best to have featured in the league, saying: “Without a doubt. He’s in the list with those other ones. Everyone will have those opinions about who’s the best.

“You look at Alan Shearer, the amount of goals that he scored, then you look at Thierry Henry, different type of player but scored a lot of goals, Rooney as well.

“It’s so difficult because we’ve seen so many different strikers in the Premier League.”

If nothing else, Gillespie knows how to state self-evident truths!

He has also scored 257 goals in 384 appearances for the club since his 2011 move from Atletico Madrid, but arguably his most influential goal came when he scored the injury-time winner against QPR in 2012 – a goal which clinched the club’s first English title in 44 years.

Three more Premier League titles, one FA Cup and five League Cups later, Aguero leaves City not just as a hero of the club but as a model example of what can be achieved in the Premier League at large.

In other news: Ex-EPL stalwart shocked by potential Aguero replacement