That’s according to former City centre-back Steve Howey, who claims the Welshman could still perform in the English top-flight for any club after recent reports linked the 30-year-old with a move to West Ham United and Liverpool.

Ramsey has played 62 times for I Bianconeri since arriving in Turin in 2019 on a free transfer, signing a staggering £400k-a-week contract at the time (BBC).

The former Arsenal man, an FA Cup final hero in 2014 and 2017, will reportedly be available for around £15m and Howey has told Football FanCast that he could still perform at the very top level:

“I think he’s good enough to fit into most teams. He could even fit into Manchester City’s team because he’s that good and you saw him play that kind of football at Arsenal.

“It doesn’t seem to have worked for him at Juventus so it’s probably best. I’m not sure if he’s homesick, his family might not have settled or he might just feel as though he doesn’t fit in.”

Would Aaron Ramsey be a good fit at Man City? 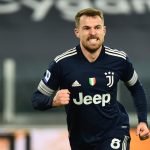 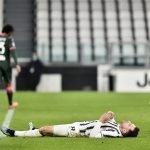 Ramsey has been among the elite level of the game since his fledgling years as a talented teenager.

Having been heralded as ‘top-class’ by legendary midfielder Cesc Fabregas way back in 2009 and making a Premier League debut aged just 17, the 61-cap Wales star has certainly been there and done it and would add yet more quality to Pep Guardiola’s squad as a result.

What would perhaps be of greater concern is the midfielder’s wretched injury record and his advancing years.

But with the likes of Fernandinho 35 years of age and having not quite replaced David Silva like-for-like, perhaps there will be enough motive for Guardiola to be interested in Ramsey’s services.