Rob Lee has exclusively told This is Futbol that the sheer number of games could damage Manchester City’s chances of becoming the first side to win the quadruple.

Pep Guardiola’s men won the domestic treble two seasons back, but are bidding to go one better this time around and win the Champions League, too.

Will Manchester City win the quadruple? 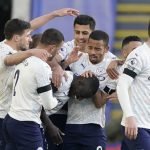 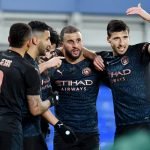 City, who’ve not won a European trophy since winning the UEFA Cup Winners’ Cup back in 1970, are just 90 minutes away from a semi-final clash with either PSG or Bayern Munich, whilst they’ll try to make it four Carabao Cups on the bounce when they face Jose Mourinho’s Tottenham in the final later this month.

But providing City reach both the Champions League and FA Cup final, they’ll have to play 14 matches in around seven weeks, and Lee believes that their schedule could take it’s toll – perhaps that is happening already following their home defeat against 10-man Leeds United at the weekend.

“I might be proved wrong, but the more it gets towards the end of the season the more you’re playing semi-finals and finals, but the only thing they’ve got going for them is the league is won, he can rest players in the league if he wants, that’s the good thing going for them. But they do look unbeatable.”

It’s going to take something special for City to win all four, but if anyone can, Guardiola can.

Providing they beat Spurs in the League Cup and deal with Chelsea in the FA Cup, that should see the domestic treble in the bag, meaning it could come down to a Champions League final against potentially Liverpool or Chelsea in late-May.