Seb Stafford-Bloor has been speaking on the latest edition of The Athletic’s Tifo Podcast about Manchester City’s 1-0 win in the Carabao Cup final and other news from the world of football.

One of the topics mentioned while discussing City&#8217;s win was Riyad Mahrez, and Stafford-Bloor believes that people don’t rate the Algerian as highly as they should.

Mahrez has made 224 Premier League appearances in which he has scored 66 goals and provided 48 assists, and the 30-year-old has won two Premier League trophies.

However, Stafford-Bloor still thinks that Mahrez is maybe slightly underrated.

He said: (49:28) “I look at someone like Riyad Mahrez, I always feel like we’ve never really given Riyad Mahrez the respect he deserves, just how much of a good footballer he really is, his first touch, ridiculous.

“His touches at City are rationed to a very specific area of the pitch and in very specific situations and limits a player’s effect, and so for someone that’s worth £75m, it is difficult. It’s just an interesting little dynamic.”

Do you think Mahrez is underrated? 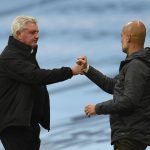 When Mahrez was at Leicester City, he was the main man and played a huge role in that incredible 2015/16 side that won the Premier League title.

However, since he has moved to City, he is one of many brilliant attacking players and finds himself rotated, as can be seen by the number of starts he has had this season.

However, in every season that Mahrez has been at City, he has directly contributed to at least 15 goals a season in all competitions, which is an impressive record.

We are not sure that Mahrez is underrated as Stafford-Bloor suggests but perhaps given the talent that Pep Guardiola has at his disposal, he is sometimes forgotten about.

In other news: “To be quite honest” – Exclusive: Director makes huge Pep claim amid Man City’s Haaland stance