Podcaster Ritchie Slack has recently given his opinion about Liverpool’s interest in Memphis Depay.

Slack was recently hosting the latest episode of the LFC Transfer Room podcast and he talked about potential transfers for the Reds. Apart from talking about other potential moves, he gave his verdict about whether Liverpool should look to bring Memphis Depay to Anfield. Slack believes that the Dutchman could prove to be a very good asset to Liverpool because of his versatility.

Liverpool have recently been linked with a move for the former Manchester United winger. Spanish outlet Marca has stated that while Barcelona were previously interested in the Dutchman, Liverpool could end trumping the Catalans in the chase.

Should Liverpool move for Memphis Depay? 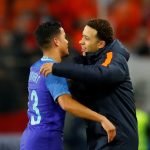 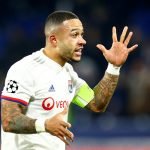 Slack feels just as it was for Mohamed Salah when he signed, Depay has something to prove in the Premier League after his stint at Old Trafford.

The podcaster stated: “Again, I personally think he’d be a really good asset to Liverpool. He can play on the left side of attack, he can play in central midfield, he can play as an attacking midfielder. Again, we know Klopp likes that versatility.

“So I think Memphis Depay would be a really good shout. I think also, like Salah when he came back, he’s got something to prove in the Premier League. At Manchester United, he didn’t set the world on fire and he is doing so now at Lyon.”

TIF Thoughts on Depay to Liverpool…

Depay has impressed during his stint at Lyon, scoring 69 times and picking up as many as 52 assists in a total of 170 appearances for the club (as per Transfermarkt). Even in the current Ligue 1 season, he has scored 14 times while getting nine assists in 31 appearances.

During his time at the club, he has played in four different positions – even though he’s primarily played as a striker. Considering that he can be available on a free transfer in the summer, signing the £40.5m-rated ace could be a sensible move for the Reds.