This came after Lawrenson appeared as a guest on the latest episode of the OTB Football podcast and the panel talked about multiple issues involving the Anfield-based club.

He was asked about Liverpool’s recent 3-1 defeat to Real Madrid in the Champions League and spoke about Alexander-Arnold’s showing and recent performances. Lawrenson described Alexander-Arnold as ‘suspect’ in a defensive sense.

In the defeat in Madrid, Alexander-Arnold was at fault for Real’s second goal. His header allowed Marco Asensio to double Los Blancos’ lead in the first half. This came after the Englishman was dropped by Gareth Southgate from the Three Lions’ squad for the recent World Cup qualifying games.

Can Liverpool afford to drop TAA? 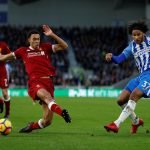 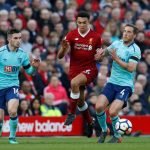 Lawrenson gave his verdict about Alexander-Arnold’s situation, saying that he has now become a dilemma that Liverpool need to solve, especially since Ozan Kabak and Nathaniel Phillips are still finding their form themselves.

The ex-Liverpool man said: “Well, I don’t think anything’s particularly happened to him in the way that he goes forward, as we saw with his cross for [Diogo] Jota in the Arsenal game. I think defensively, he’s always been a little bit suspect.

“He’s one of those who, obviously because he’s really, really quick, he gambles with the fact that he can get back if he makes a mistake because of his pace. But I would say the biggest thing would be of course without a [Joe] Gomez and obviously [Virgil] Van Dijk etc alongside him, he is shaky anyway, because the two guys who are currently playing at the moment, Kabak and Phillips, they’re just finding their way through in terms of their own form.

“And every mistake he’s made at the moment has basically cost Liverpool a goal. Now, what do you do? Do you take him out? Give him a bit of a rest, or do you leave him in? I mean, it’s a dilemma, obviously, that Klopp’s going to have to deal with.”

Alexander-Arnold picked up much better ratings before the current campaign (as per WhoScored), which certainly shows that his performances have dropped in the current season and so have his goal contributions.

But in the previous campaigns, Virgil van Dijk was fit and he was generally playing regularly. He picked up very impressive ratings, clearly suggestive of how much of an influence he has at the back.

Even in the past, Alexander-Arnold was prone to getting dribbled past often but perhaps, because of Van Dijk’s presence, his mistakes might have got covered up. So when the Dutchman returns to action, Alexander-Arnold could be a prime beneficiary and it remains to be seen whether the Dutchman’s return helps his own form.

In other news: ‘He will end up going’ – Sky Sports man drops big claim on 2020 Liverpool target