Lawrenson recently appeared as a guest on the OTB Football podcast and he was asked about numerous issues involving the Reds following their 3-1 loss to Real Madrid. Apart from talking about the performance and Trent Alexander-Arnold, the pundit also gave his views about Klopp’s decision to start Keita in midfield.

Lawrenson has made it clear that the idea behind starting Keita was to make sure that Real didn’t succeed in their attempts to man-mark in midfield, but the former Leipzig man failed in his approach. 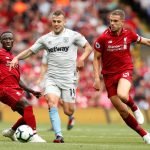 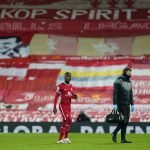 Keita was subbed off by Klopp before half time, as Thiago Alcantara came on for him. The German later made it clear that the substitution was a tactical one.

Lawrenson believes that he hasn’t seen any of Keita’s dribbling abilities so far at Liverpool and Klopp has a stiff task of getting the midfielder’s confidence back.

The ex-Liverpool man said: “I think that the premise of picking him was that Klopp and his staff identified that when Madrid don’t have the ball, they man-mark; they pick up the guy closest to them. Naby Keita is known supposedly as a really good dribbler of the ball.

“I have to say I haven’t really seen it since he’s been at Liverpool. And I think Klopp’s idea was that being that way, he could dribble past his man and then obviously free somebody else coming forward. But it still didn’t work.

“And of course, when you take him off just before half time, as well, it’s like that great big finger of blame pointing out at you. But it’s going to be a difficult one for Keita certainly to play in the team again, and for Klopp to get his confidence back.”

Since arriving at Liverpool, Keita has failed to become a regular for the Reds and he’s played only 16 times in all competitions this season, playing only 521 minutes in the Premier League (as per Transfermarkt).

He has suffered from multiple fitness problems this season and he’s constantly been plagued by injuries in the past as well. They have derailed his Liverpool career.

With that context in mind, the fact that Keita was taken off early in a game doesn’t do his reputation much good. His value has only fallen since he arrived and he isn’t proving to be an asset to the team, going by his appearances. So you do have to wonder where his future lies following the performance he endured in midweek.

In other news: ‘He will end up going’ – Sky Sports man drops big claim on 2020 Liverpool target.