Liverpool journalist James Pearce has been sharing his thoughts on Reds goalkeeper Alisson Becker, his current season and his future at the Merseyside club.

This comes after Pearce made an appearance on a recent episode of The Athletic’s Liverpool-themed podcast The Red Agenda where he spoke about a variety of topics concerning Jurgen Klopp’s side.

On the subject of Alisson and his form for Liverpool this season, Pearce had this to say about the Brazilian.

He said: “Alisson is too good for it to be anything bigger, it is just a blip.

“I think he set such ridiculously high standards in his first couple of years at Liverpool that, I think we almost came to just thinking he’d just stop anything and if anything got past him it was oh how has that happened and you think of probably the best of the lot, the save against Napoli. Without that there would have been no march to Madrid and no sixth European Cup.

“Alisson will get back to his best, you look at what he’s done for Liverpool so far, you look at his age, I don’t even think he’s reached his peak yet, I still think he could be Liverpool’s number one for another decade.”

Liverpool signed Alisson back in the 2018 summer transfer window from Italian club AS Roma for a fee of £56.25 million.

Since then, the 28-year-old, who is currently valued at £58.5 million, has made 122 appearances for the Reds across all competitions prior to their midweek Champions League clash against Real Madrid, in which he has managed to keep 55 clean sheets and concede 99 goals along the way (per Transfermarkt).

Given how Alisson’s confidence reportedly took a hit after making some errors earlier in the season, and the fact that he has only managed to earn himself a rather disappointing season rating of 6.55/10, it’s easy to see why the question of his form has been raised.

Do you agree with James Pearce's comments on Alisson? 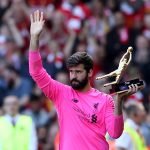 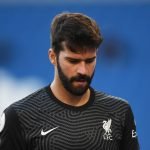 However, it would likely be reassuring to the Liverpool fans that Pearce believes his bad form is just a blip and that Alisson could continue as the club’s number one goalkeeper for the foreseeable future.

In our view, given how Alisson went through a tragic family bereavement earlier in the season, and the fact that three of Liverpool’s senior centre-backs have suffered season-ending injuries, it’s understandable why he hasn’t been in his best form for periods in this campaign.

In other news: ‘From what I’ve been told’ – James Pearce shares details on Liverpool’s transfer finances