Leicester City: Seb Stafford-Bloor reveals what sort of player the club should look to sign

Seb Stafford-Bloor has been speaking on the latest edition of The Athletic’s Tifo Podcast about topics from the world of football.

One team which he spent some time talking about was Leicester City, and Stafford-Bloor identified a particular type of signing which the Foxes need to make in the summer transfer window.

He said: “I’m thinking more of a third option between Vardy and Iheanacho, because I don’t think Iheanacho is quite a number nine, he’s more a ten, to me.

“So I wonder whether a player who has a little bit of overlap between those two players, but also who can offer something slightly different, someone, who’s going to grow into a role.”

Do you think Stafford-Bloor is correct?

Yes, he is spot on 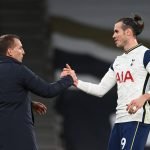 No, he is wrong

Jamie Vardy is not getting any younger at 34, and Kelechi Iheanacho has only recently come alive, scoring seven goals in his last five appearances but before that only managing 25 in his first 113 appearances for Leicester.

So, you can see why Stafford-Bloor thinks that the Foxes could do with another option up front.

They do have Ayoze Perez, who can play as a striker and scored one goal for the Foxes last season as a forward and seven goals for Newcastle United as a striker in his time on Tyneside.

However, apart from that, there are no real options.

So, in the summer, we will be intrigued to see what Brendan Rodgers’ side decide to do, but before all that, they have an FA Cup semi-final to compete in and have a strong chance of finishing in the top four.

If Rodgers could win a trophy and secure Champions League football next season, then that would be the perfect end to a brilliant season, and then they could start thinking about strengthening the side.