This came after Storey featured on the latest episode of The Totally Football Show podcast and the panel discussed numerous issues involving the Premier League and the weekend’s results.

One topic was Leicester’s loss to West Ham, discussing the news that multiple Leicester players had broken pandemic protocols. Storey believes that it is a dim thing to do and if he were Brendan Rodgers, he’d be furious.

It has been reported that James Maddison, Ayoze Perez and Hamza Choudhury broke the protocols and they were dropped for the defeat to West Ham. Rodgers stated that their actions were well below the standards and there was always going to be a consequence for it (as per BBC Sport).

It is thought that Wes Morgan and Harvey Barnes were also present during the party.

Should the Leicester players get a stricter punishment? 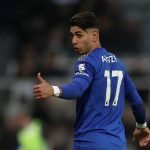 Storey believes that the incident wasn’t salacious and it is unknown whether they were invited to the party or not.

The journalist stated: “I don’t think it was particularly salacious. It was just that they went to a house party, whether they organised it or not. But the fact that there were three, and it sounds like maybe two other Leicester players there as well, suggests that they were the focus of it, which without getting too high and mighty morally, it’s a really dim thing to do.

“Partly because you’re obviously going to get found out and secondly, even if you don’t get found out [and] if one of you – low chance, catches [the virus] at the party and then it isn’t found out before you return to training and stuff, that could have been catastrophic for Leicester’s season.

“And so, I mean, if I was Brendan Rodgers, I’ll be absolutely genuinely furious because in a kind of run-in when everybody knows you collapsed from kind of this stage onwards last season, just such a dim thing to do.”

Maddison has been a vital player for the Foxes this season, having scored eight goals and picking up five assists on the way. Only two Leicester players have picked up a better rating than the Englishman in the current campaign, which shows his importance to Brendan Rodgers’ side (as per WhoScored).

Perez has also scored twice, while Choudhury is an option off the bench. Because of that and mainly Maddison’s absence, Leicester perhaps suffered in the game against the Hammers. And Rodgers will have every right to be angry at them.