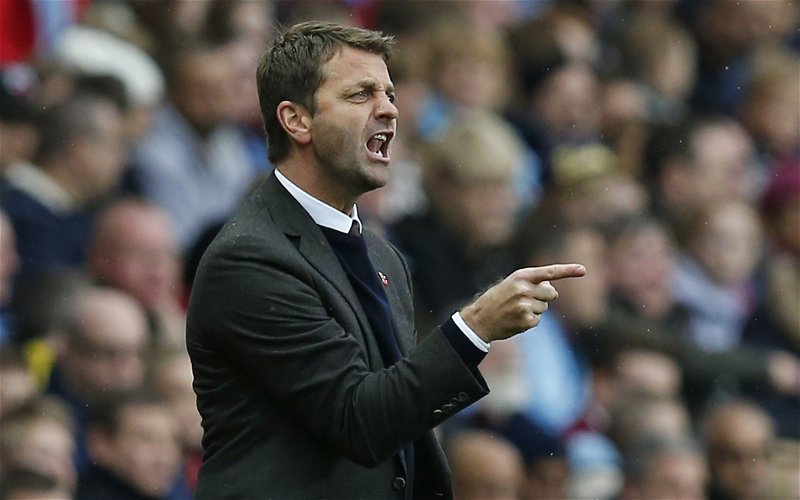 Leeds United have been tremendous this season, and look set to finish comfortably in mid-table in their first season back in the Premier League since they were relegated back in 2003/04.

However, their record this season hasn’t left Sherwood all that impressed. Speaking on Optus Sport’s Matchday Extra (via @leeds_utd_news), the former Tottenham Hotspur and Aston Villa manager claimed that their success this term has been all down to the efforts of Marcelo Bielsa getting the best out of the players at his disposal.

“Should they have been relegated? With the squad they have they should, but not in the way they approach it. What’s their edge? Bielsa demands they are the fittest, they run the furthest – he’s a breath of fresh air; I love this guy.”

So a compliment when it comes to Bielsa, but pretty much a slap in the face of the players, who Sherwood clearly doesn’t think are good enough when it comes to playing at a Premier League level. Such words didn’t go down well with the supports online when they were relayed to them by @leeds_utd_news on Twitter, with many lashing out at him for his take on their players:

“Disagree. The squad we have absolutely hammered the championship and then we added 2 internationals and what will be a world-class winger. We’d have been disappointed to be in a relegation battle.”

@liamcollins97
“He’s changed his tune as well”
@adiDallas15
“Wow! An endorsement from Sherwood forest itself.”
@DLollocks
“So he’s basically saying the players are only good because they keep fit not because they’re actually good footballers. Disrespectful in loads of ways”
@urVibe3
“Print this out and put it up in the changing room. Disrespect is a marvellous motivator”!
@SteveWritesTech
“Bielsa has done absolute wonders to the core of the team, but this is disrespectful. The team as a whole is better than the bottom 3 or 4 teams before adding his influence.”
@golhec
“So Sherwood doesn’t think that Leeds Utd players have any quality? Apart from being fit. I think that this shows what he (Sherwood) knows as an ex-player and ex-manager. I think Bielsa knows best. This is probably why Sherwood is an EX-manager.”
@CashCow156
“Shows the importance of Bielsa. Heckingbottom with Messi wouldn’t have got us anywhere near where we are now. I’d rather have the best manager in the world than the best player.”
@8ballwakefield

I think we can safely rule out the possibility of Sherwood being the prime candidate when Bielsa leaves in the future, don’t you?