Leeds United director of football Victor Orta has been described ‘as a one-man support group in the absence of fans’.

Those are the words of Liverpool Echo journalist Ian Doyle, looking back on the Reds’ visit to Elland Road on Monday.

Diego Llorente scored a late equaliser as Leeds picked up the point they deserved following a much-improved second-half showing.

It was another memorable moment for the newly-promoted Whites, just over a week on from Stuart Dallas’ dramatic winner away to champions-elect Manchester City.

Orta lived up to his reputation

Doyle marvelled at the ‘volume and sheer annoyance value’ of Orta from his position in the stands.

“Those who haven’t frequented Elland Road were warned what to expect,” he wrote. “And boy they were right.”

He also was amazed by a loud scream of anguish.

Back in mid-March, Orta was involved in a heated exchange of words with Thomas Tuchel during Leeds’ goalless draw with Chelsea. 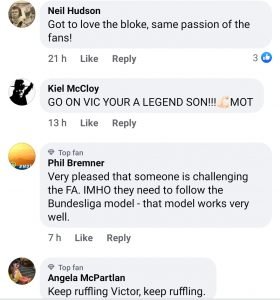 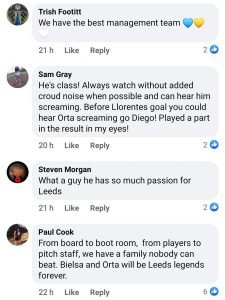