Former Everton star Michael Ball believes Dominic Calvert-Lewin deserves immense credit for altering the way he plays the game, telling This Is Futbol that he has increased his output this season.

The England international has been in exceptional form this season for the Toffees.

In total, he has scored 14 goals in 27 Premier League outings, including a run of seven goals in his first five games.

Does Dominic Calvert-Lewin have the potential to be worth £100m eventually? 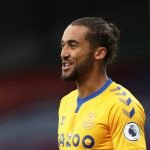 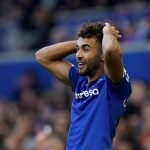 Ball believes that the 24-year-old has altered his mentality, as he looks to get himself in the box more often, instead of chasing down lost causes and finding himself in areas from which he can’t hit the back of the net.

£72,000-a-week Calvert-Lewin has been rewarded for his form with seven England caps, scoring four goals, netting once each in friendlies against Wales and the Republic of Ireland, and a brace against San Marino in a World Cup qualifier.

He told TIF: “Fair credit to DCL, he’s changed the way he goes about his game.

“As a young kid coming through, he had a lot of legs, he was chasing lost causes and putting teams under pressure in the area you don’t really want your striker.

“Carlo and the coaching staff, Duncan Ferguson, they’ve put faith in him to trust your team-mates, you stay in the danger zones and the lads will give you the opportunity to put the ball in the net.”