TalkSport pundit Simon Jordan has slammed Everton for some of their signings that they have made over the years and how unambitious they appear.

For years now, Everton have been painted as one of the teams on the edge of the top four that look set to make that breakthrough at some point. But despite making a number of ambitious moves such as the appointment of Carlo Ancelotti and spending big sums in previous transfer windows, they still haven’t been able to make that jump and look set to fall short once again this campaign as they currently sit seven points shy of 4th place.

And speaking on TalkSport (4:25), Jordan felt that part of the reason that they haven’t been able to make that jump is down to the players that they have, who don’t compare to the quality of players that you would expect to find at a bigger club than the Toffees:

“Explain me through the progression past Seamus Coleman, who’s a lovely player, great stalwart for the club. You look at Gylfi Sigurdsson, very good player, £50m on a player that probably wouldn’t occupy the interest of any other top-six club.” 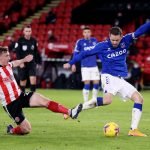 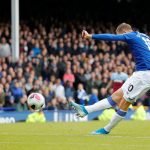 Jordan is right when it comes to the club’s signings over the years. Whilst there are exceptions when it comes to players elevating teams, such as N’Golo Kante at Leicester City for £5.6m, for the most part you have to spend big on big names in order to progress, like Liverpool did with Virgil Van Dijk.

Everton have made some progress in that field with the signing of James Rodriguez, who has made a big impact for them this season with six goals and four assists. Of course big money was not spent on the free transfer, but his overall profile and pedigree is arguably what Everton need more of.

He has helped them to get that little bit closer compared to previous seasons, but if they are to take that next step, then they perhaps need a bit more.

In other news: Journalist reacts as ‘dreadful news’ emerges at Everton