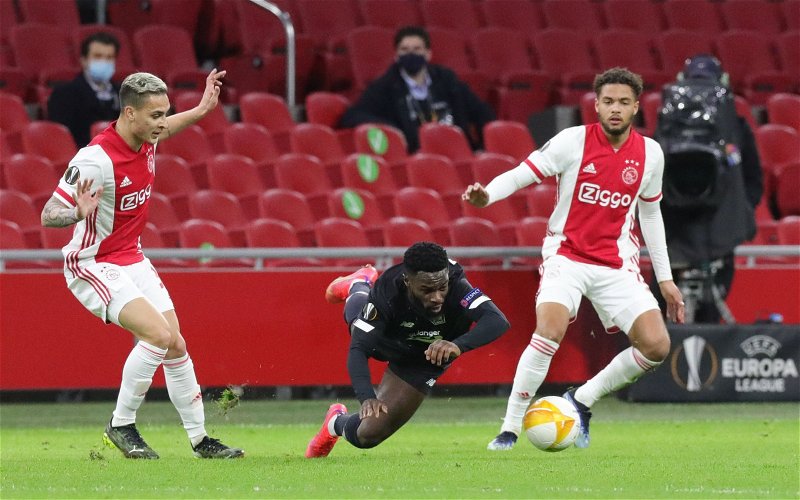 Josh Williams, a football scouting writer, has been speaking on the Analysing Everton show on the Royal Blue podcast by the Liverpool Echo about potential summer signings for the club.

One of the players that Williams spent some time on was Ajax winger Antony.

The 21-year-old Brazilian has been lighting up the league this season and averages a 7.31 WhoScored rating for his performances, which have seen him score eight goals and provide eight assists.

Antony has not been linked with a move to Goodison Park, but he has been earning some rave reviews and Williams believes that he could be a good signing for the Toffees, though he would expect him to make more of an impact in the long-term.

He said: (12:03) “I think he’s on his way. I think maybe Everton can target someone who’s a bit more established and a bit more able to deliver in the short-term while also having that long-term potential.

“I think Antony is clearly a long-term star, but in terms of the short-term aspects of it, he might be one that you’ve got to be a bit patient with.”

This is the winger’s first season with Ajax playing regular first-team football, and he has impressed; also Ajax have a reputation for producing brilliant footballers and it looks like Antony could be the next one.

So, he is clearly a bright prospect who, in Williams’ view, has long-term potential.

However, if the Toffees were to sign him, they would be adding another player who can play on either wing.

He would give Carlo Ancelotti even more attacking options, which we think could be important if the Toffees are going to push up the league next season.

We will be interested to see what happens to Antony in the summer, but we would be keen to see him in an Everton shirt.