Wolves legend Steve Bull has spoken of his delight in seeing Aston Villa striker Ollie Watkins score whilst away on international duty with England.

Watkins, who scored his 11th Premier League goal this season over the weekend, netted on his international debut during the recent 2022 World Cup qualifiers when he came on as a substitute against San Marino.

Having signed from Championship side Brentford last summer for club-record £28m (BBC), the 25-year-old has enjoyed an outstanding first top-flight season and could be in contention for a place in Gareth Southgate’s squad for this summers European Championships.

This week Bull has revealed his delight for the striker to Football FanCast but has also warned against Watkins getting carried away:

“I think it’s absolutely superb for him. The Wolves fans will say ‘why are you talking about a Villa player’ but you talk about a player if he’s good.

“When you saw him score, his face looked like he was 16 or 17 and he could have cried because he couldn’t believe he had scored.

“That will put him in good stead now as long as it doesn’t go to his head and he keeps his feet firmly on the floor because he’ll get some more chances.”

Should Ollie Watkins be in the Euro 2020 squad? 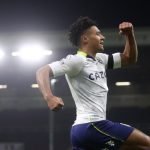 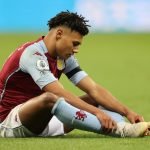 Watkins has done almost all he can in order to force Southgate’s hand this season for a place in this summer’s squad.

Out of those eligible and available, only Harry Kane (32) and Patrick Bamford (20) have directly contributed to more Premier League goals than Watkins (14) this season (BBC).