Aston Villa journalist Ashley Preece has been sharing his thoughts on Villa striker Keinan Davis and a potential move away from the Midlands club during the upcoming summer transfer window.

On the subject of Davis and his future at Villa Park, Preece had this to say on the matter. (4.53)

He said: “I think Keinan Davis could benefit [from] going for a season in the Championship to play week-in-week-out.

“Villa don’t want to give up on Davis, I think he’s a long-term player who has developed at Villa and I think they’ll look for that one more year in the Championship for him and playing regularly because he hasn’t done that ever so I think Davis will depart in the summer to a Championship club which will do him the world of good.”

Davis signed to Villa’s U18 squad on a free transfer from Biggleswade Town back in 2015.

Since then, the 23-year-old, who is currently valued at £2.25 million, has made 80 appearances for Villa’s senior team in which he has managed to score five goals and provide seven assists along the way (per Transfermarkt).

Given how Davis has only made 10 appearances for Villa in the Premier League so far this season with all of them coming off the substitutes bench, it seems that he is not a pivotal figure in Smith’s squad at the moment.

Do you think Villa should loan out Davis to the Championship next season? 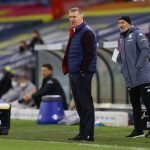 Considering how fellow Villa striker Wesley is nearing a return to action from injury, perhaps a loan move to the Championship next season where he can get regular playing time to develop his game, as Preece said in the podcast, would be a smart move for the striker.