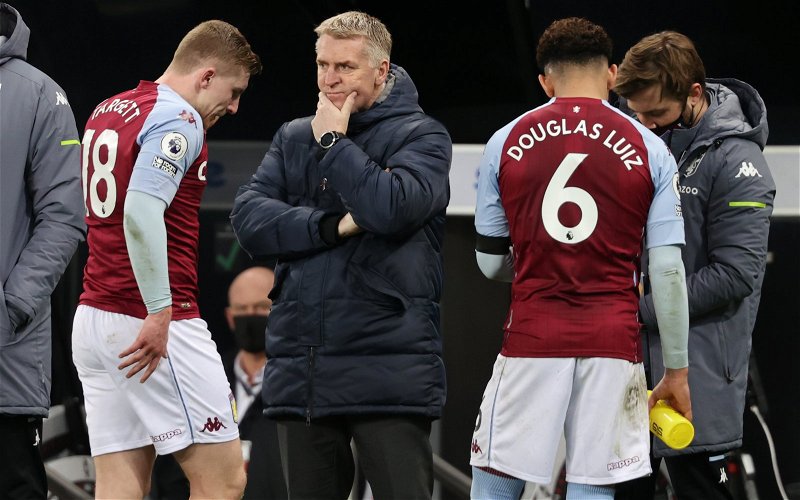 Aston Villa journalist Ashley Preece has been sharing his thoughts on the upcoming summer transfer window and what potential business the Midlands club could look to do in it.

This comes after Preece made an appearance on a recent episode of the Birmingham Mail’s Claret & Blue Podcast where he spoke about a range of topics concerning the Villans.

On the subject of the upcoming summer transfer window and whether he expects Villa to be busy in it, Preece had this to say on the matter. (5.31)

“They’re not going to get there this season, I don’t think, so they’ll be all-hands-on-deck to make that possible next season and gate crash them European spots.

“The owners want it as well, so I’d envisage a big summer coming up. I asked Smith that very question will Villa spend big he said no, not really, if there’s a good value deal to be got, they’ll be there but I think Villa will buy quality over quantity again.

“I think three, four possibly even five new buys will come in just to bolster that squad.”

So far this season, Villa have won 13 out of the 30 Premier League games they’ve played in, also drawing five and losing 12 in the process (per BBC Sport).

Given how Villa were pretty active throughout the previous summer transfer window spending a total figure of £74.12 million on bringing in players such as Bertrand Traore, Emiliano Martinez, Ollie Watkins and Matty Cash, as well as picking up Ross Barkley on a season-long loan deal, this shows that the owners at Villa are not shy in splashing the cash to help strengthen the squad.

How many players do you think Villa need to sign this summer?

Moving forward, in our view, Villa should consider replacing the players at the club who are out of contract at the end of the season if they end up leaving Villa Park such as Ross Barkley, Ahmed Elmohamady and Neil Taylor.